On March 1, 2020, the paper "Prediction of working memory ability based on EEG by functional data analysis" was officially published in Volume 333 of “The Journal of Neuroscience Methods” (https://doi.org/10.1016/j.jneumeth.2019.108552, 333), with first author Zhang Yuanyuan, who is the 2017 PHD student of our center and corresponding author Linhong Ji, who is the professor of the Department of Mechanical Engineering of Tsinghua University. This is the first paper using a multi-function linear model to predict working memory ability with EEG signals. Due to the use of spline functions, the model is intuitive and easy to understand as well as quick and easy calculation and reliable theoretical result. Based on the randomly selected training set consisting of 122 college student volunteers whose eyes are closed during the experiment, under multiple random trials, the median of the determination coefficient R2 of the working memory ability prediction result of the test set consisting of 20 volunteers achieves 0.68. the lowest value of R2 is greater than 50%, while the highest is 72%, 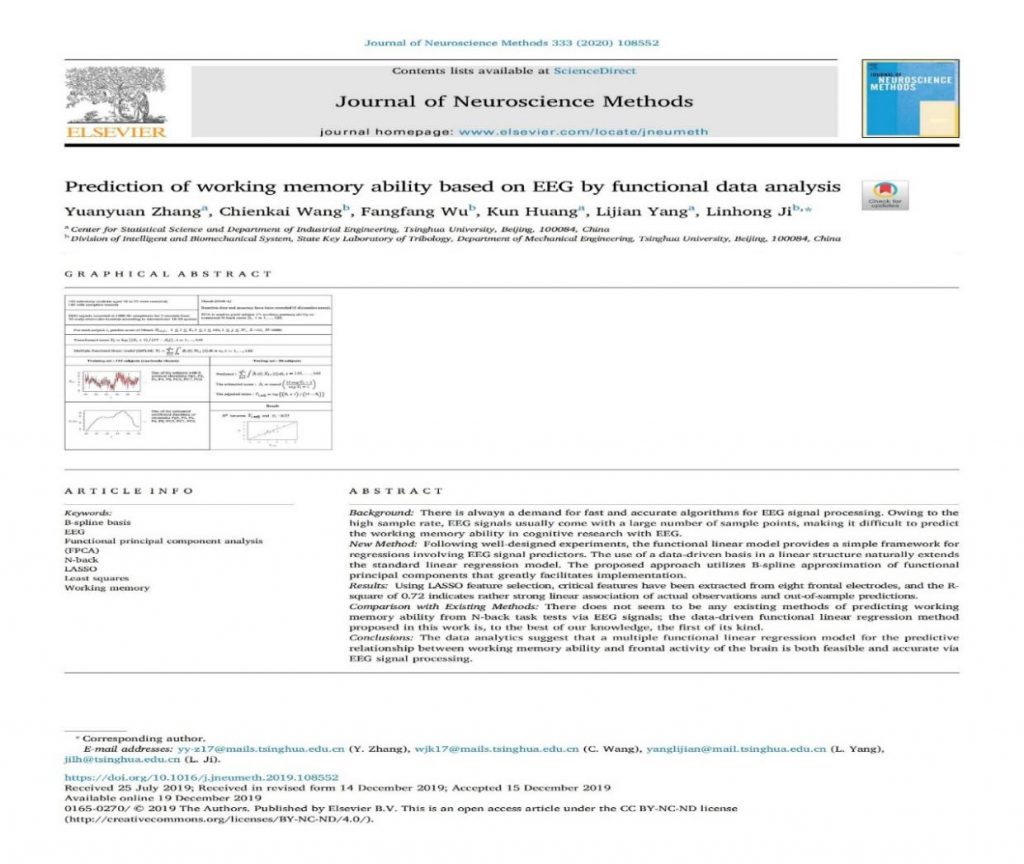 The team of Lijian Yang, composed of Yuanyuan Zhang and 2018 doctoral student Huang, has been analyzing the EEG and cognitive abilities of college student volunteers since December 2018. Relying on the functional data analysis research results in the past 10 years, they collaborated effectively with the Linhong Ji team composed of Professor Fangfang Wu and Master Candidate Jiankai Wang of the Department of Mechanical Engineering to finish this research. The method used involves functional principle component analysis, LASSO regression, spline estimation and other advanced statistical techniques. Since the article was published online in December 2019, the author has repeatedly received invitations from Neurology Congress 2020 and other international conferences in the field of neuroscience.

On February 4, 2020, another academic paper "Two-step estimation for time varying ARCH models" completed by Yuanyuan Zhang as the first author was published online in the statistical journal Journal of Time Series Analysis (https://doi.org/10.1111 /jtsa.12522). The method proposed in this paper is used to estimate the time-varying scale of S & P 500 daily returns from 1950 to 2018 and the hidden ARCH parameters, clearly revealing the long-term slow growth of financial volatility levels over time. In particular, the volatility scale increased significantly before and after the 2008 global financial crisis. The article won the ICSA China Conference Junior Researcher Award from the International Chinese Statistical Association in July 2019. Zhang Yuanyuan is the only student among the 4 winners, and the only one who is not from American universities. 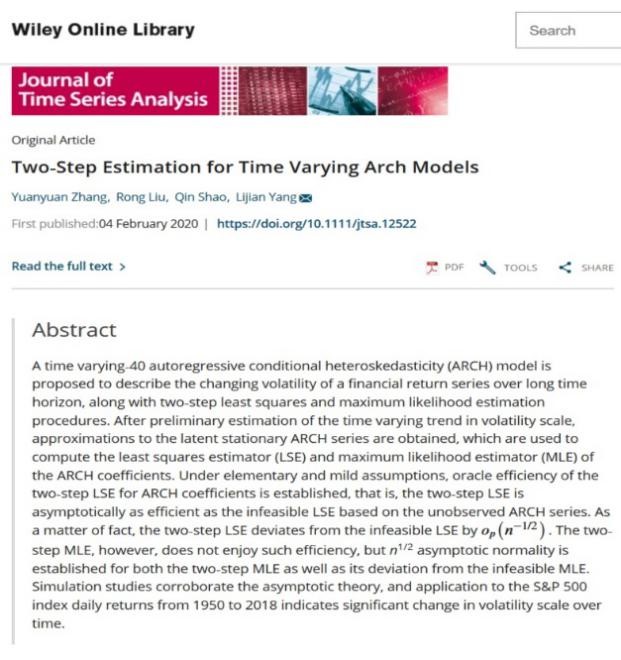 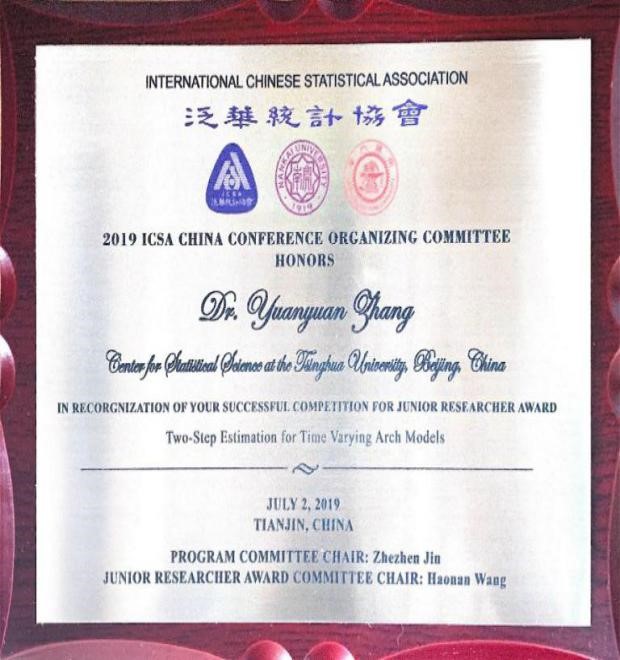 Yuanyuan Zhang worked modestly and diligently during the two and a half years of his Ph.D. study. In each direction of functional data and time series, she published one important paper and was selected into the "Future Professor Training Program" of the Industrial Engineering Department. Her master's degree thesis on the simultaneous confidence band of the non-parametric regression correlation coefficient curve was published in the statistical journal TEST in 2018, and won the Tsinghua-Peking Statistics Forum Outstanding Poster Award in the same year. Currently, Yuanyuan Zhang is studying the theory of binary spline regression under the guidance of Professor Lily Wang of Iowa State University as well as new topics such as high-frequency financial data distribution.