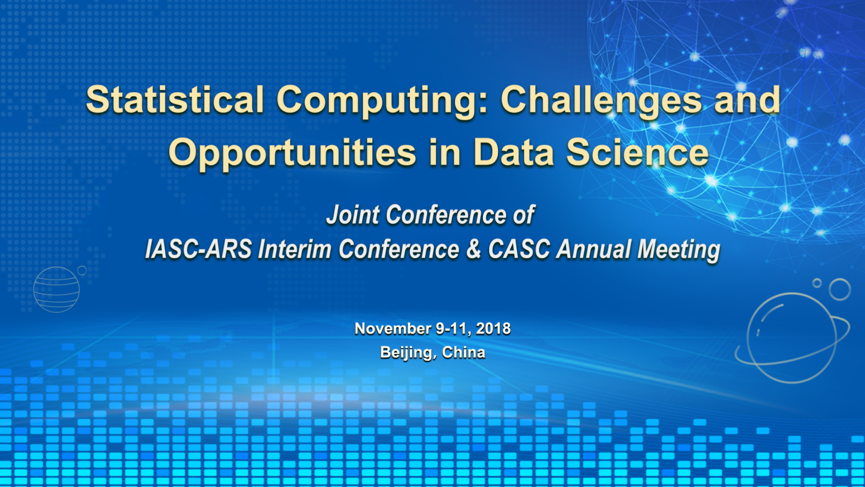 The Asian Regional Section (ARS) of the International Association for Statistical Computing (IASC) is established by the Council in accordance with art. 12 of the IASC Statutes in 1993 by the name of the East Asian Regional Section (EARS) and the name is changed to the Asian Regional Section in 1998. It is composed of the members of the IASC residing in Asia. Our mission: to organize international or regional seminars, conferences, meetings. In particular, the ARS shall be responsible for arranging Asian meetings on computational statistics, which are abbreviated to IascAsian meetings hereafter; to promote research and training programs on theoretical and practical aspects of computational statistics; to foster evaluations of statistical computing techniques and programs; to publish scientific periodicals and books, reports and newsletters, independently or in cooperation with other organizations; to collaborate with other bodies having similar objectives.

The recent advancement of statistical research and increasing requirements arisen from the big data in various application fields have provided unprecedented challenges and opportunities in statistical computing. In order to respond to the pressing needs and seize the historical opportunity, a group of young statisticians, led by Professor Ke Deng of Center for Statistical Science at Tsinghua University, have jointly initiated the Chinese Association for Statistical Computing, as a branch of Chinese Association for Applied Statistics. The CASC was launched on March 19, 2017. The secretariat of CASC is located in the Center for Statistical Science at Tsinghua University. CASC aims to unite the professionals in both academy and industry to enhance research and applications of statistical computing, towards boosting new theories and methodologies, promoting the applications in health, economics, industry, and other related fields, and advancing the development of statistics in China and overseas.

On May 16, 2014, the Center for Statistical Sciences of Tsinghua University (TCSS) was officially launched by the university council. The Center will foster and coordinate the development of statistical science in Tsinghua University. The goal is to build a powerful faculty team, to develop cutting-edge research, to strengthen collaborations between disciplines, and, in short, to establish a world-class center of excellence in statistics at Tsinghua University. The Center is an independent academic unit at the school level, while for administrative affairs it is affiliated to the Department of Industrial Engineering. The Center is dedicated to promoting research and teaching of statistics in Tsinghua. Research areas include mathematical statistics, computational statistics, biostatistics, with emphasis on interdisciplinary studies, especially between statistics and life sciences, medicine, engineering, and business. With their recognized research excellence, engineering, business, and life sciences at Tsinghua University are well placed to benefit from as well as provide nourishment to statistical science. By integrating research resources across campus, The Center has set its goal on high impact academic achievements in both theoretical and applied statistics.

Note: Luncheons and a banquet will be covered by the sponsor during the conference. All participants are responsible to their own accommodation and transportation.

Your room contains a piece of breakfast. The accommodation fee will be charged when you check in.

（Registration fee will be charged by August.）

Please send an email to qianbao@mail.tsinghua.edu.cn before Oct. 1st if your schedule is changed. 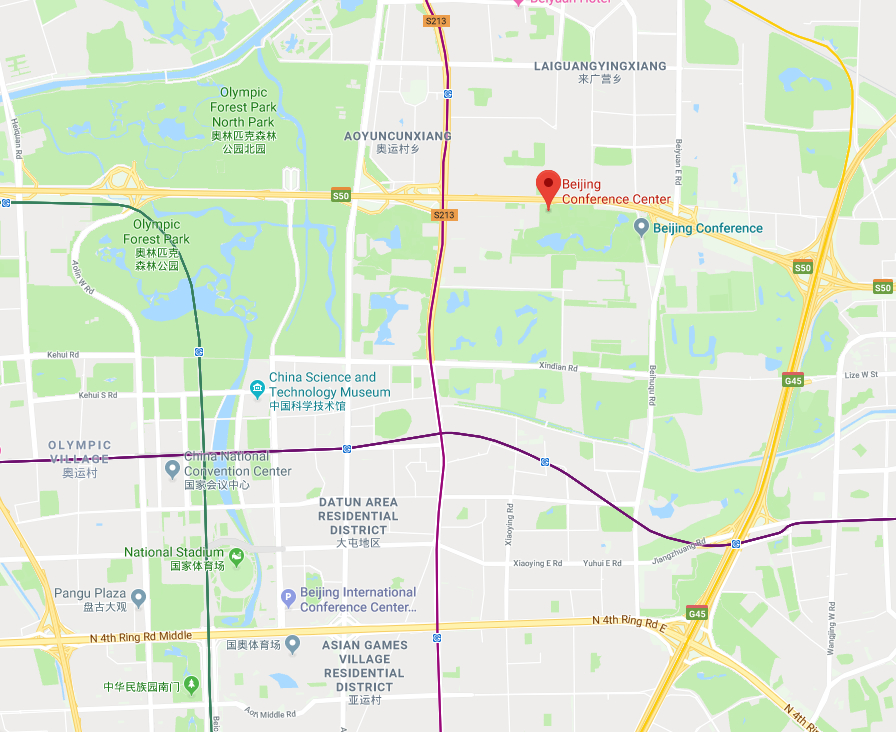 Local transportation from the airport to the conference center 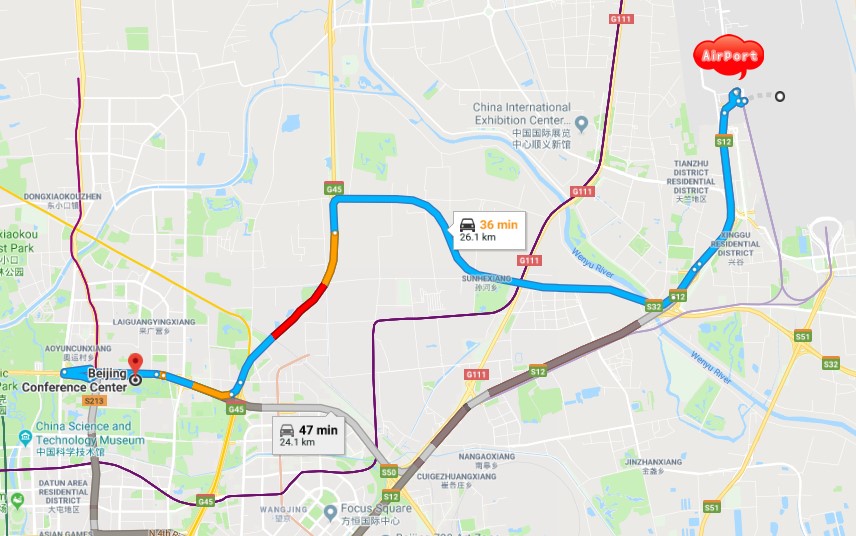 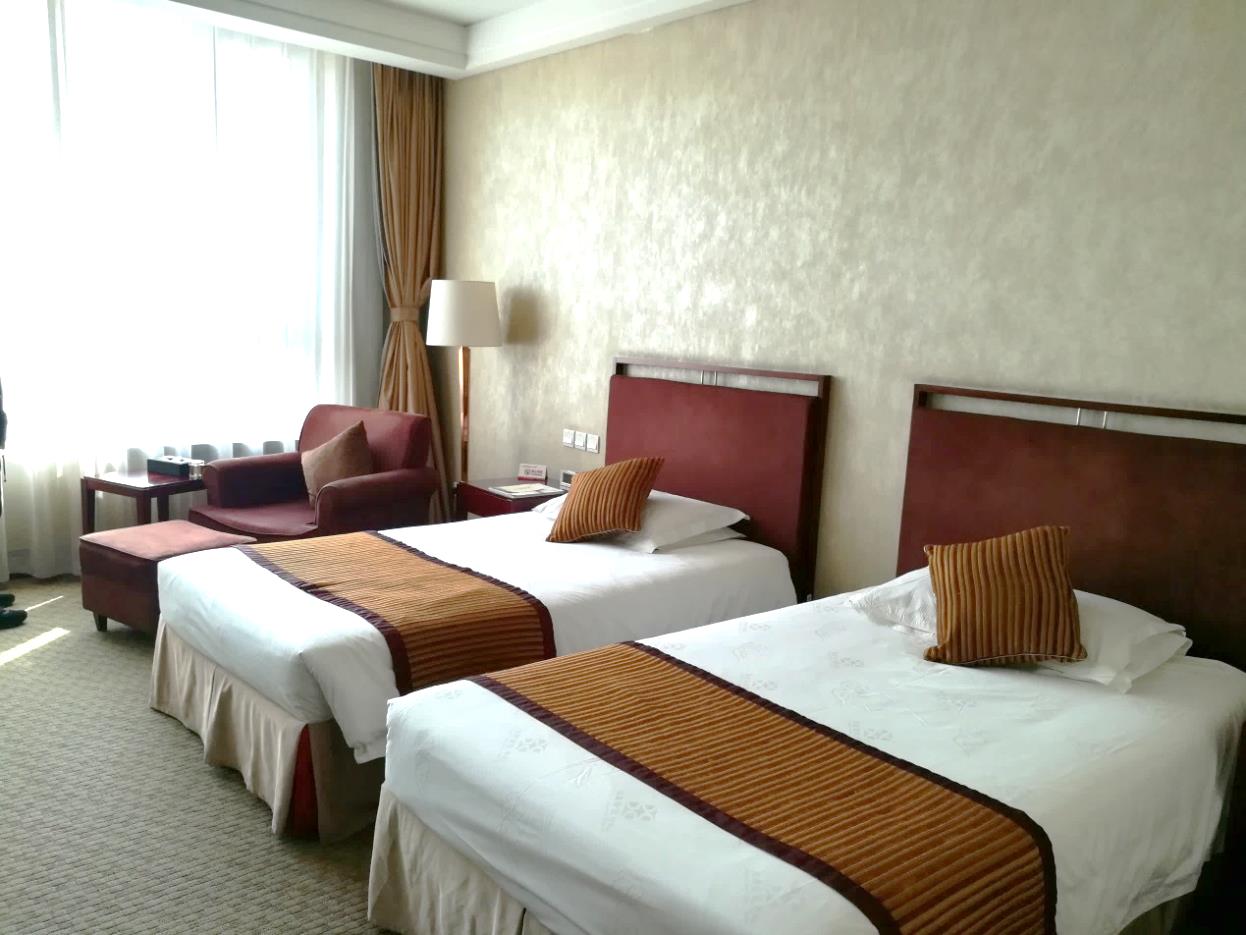 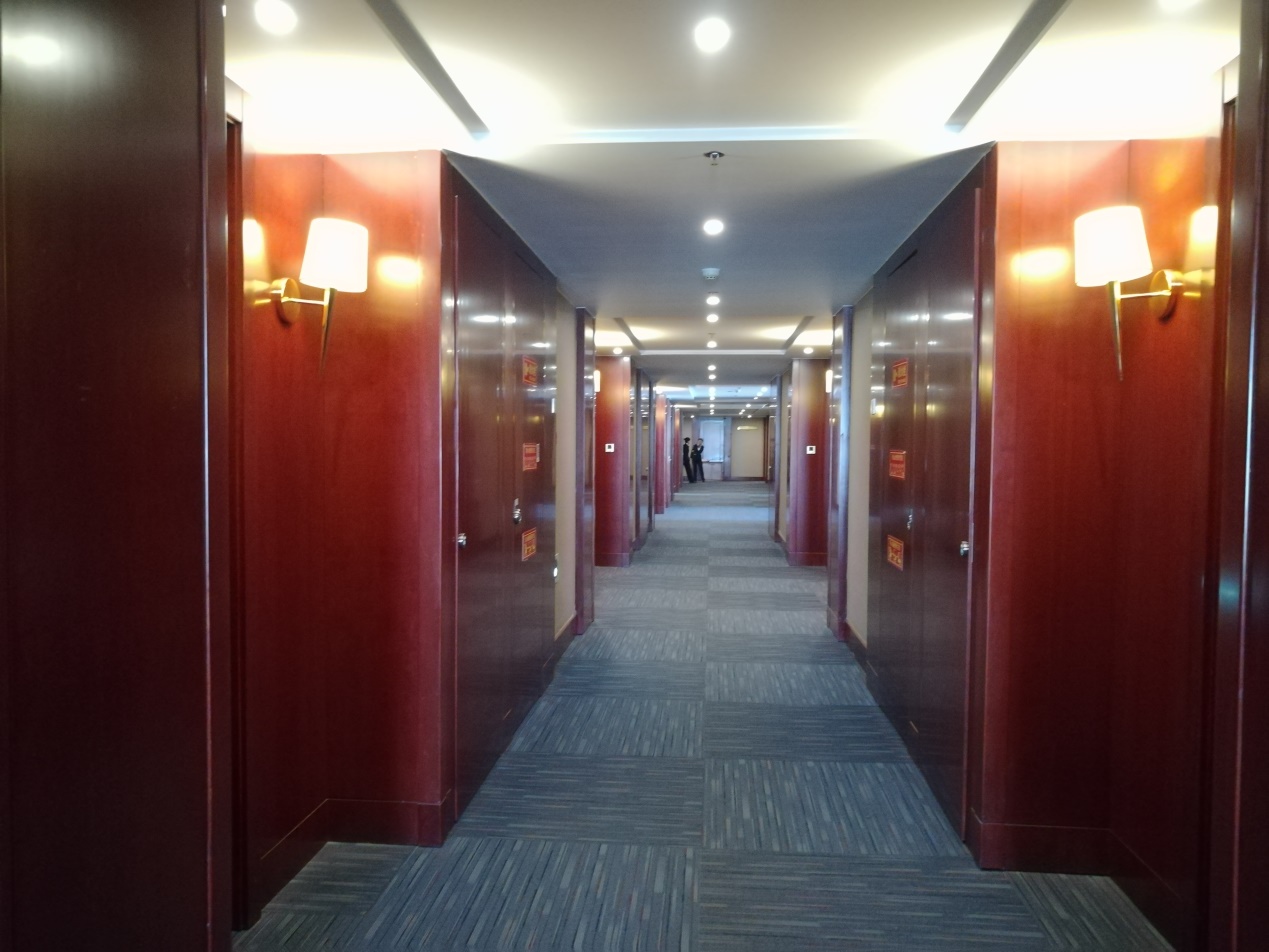 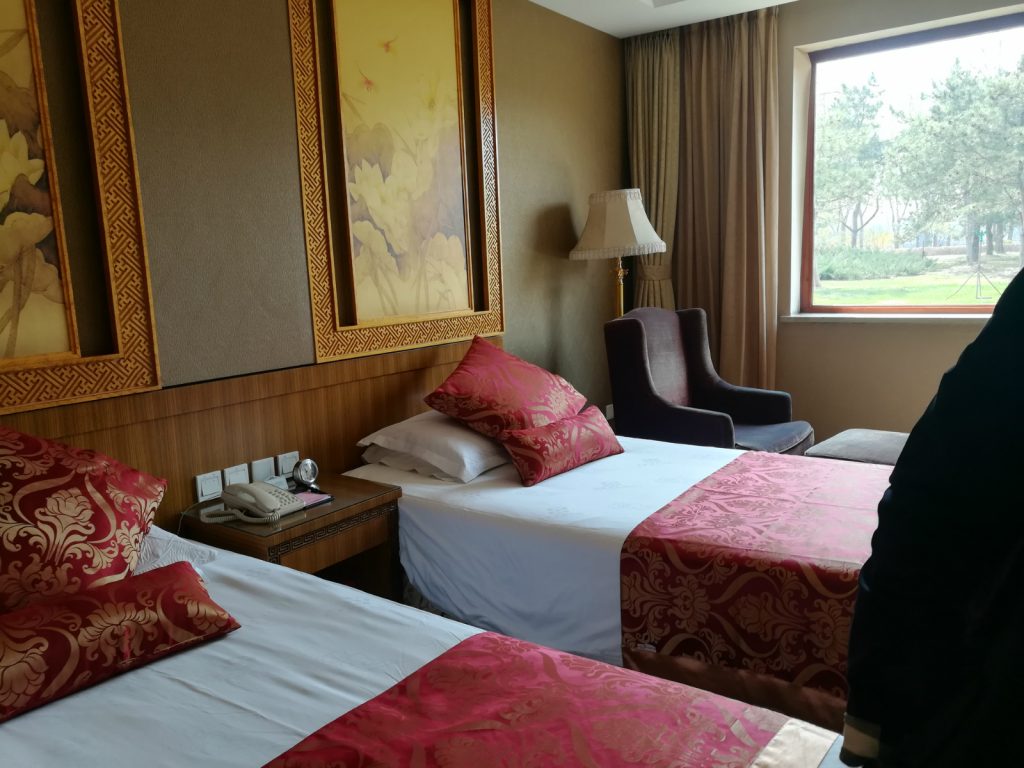 Tian'anmen (the Gate of Heavenly Peace)

Tian'anmen (the Gate of Heavenly Peace), is located in the center of Beijing. It was first built in 1417 and named Chengtianmen (the Gate of Heavenly Succession). At the end of the Ming Dynasty, it was seriously damaged by war. When it was rebuilt under the Qing in 1651, it was renamed Tian'anmen, and served as the main entrance to the Imperial City, the administrative and residential quarters for court officials and retainers. The southern sections of the Imperial City wall still stand on both sides of the Gate. The tower at the top of the gate is nine-room wide and five –room deep. According to the Book of Changes, the two numbers nine and five, when combined, symbolize the supreme status of a sovereign. During the Ming and Qing dynasties, Tian'anmen was the place where state ceremonies took place. On October 1, 1949, chairman Mao Zedong proclaimed on Tian'anmen Rostrum the founding of the People's Republic of China. Since then Tian'anmen has been the symbol of New China.

The Great Wall of China

The Great Wall of China is a series of fortifications made of stone, brick, tamped earth, wood, and other materials, generally built along an east-to-west line across the historical northern borders of China to protect the Chinese states and empires against the raids and invasions of the various nomadic groups of the Eurasian Steppe. Several walls were being built as early as the 7th century BC; these, later joined together and made bigger and stronger, are collectively referred to as the Great Wall. Especially famous is the wall built in 220–206 BC by Qin Shi Huang, the first Emperor of China. Little of that wall remains. The Great Wall has been rebuilt, maintained, and enhanced over various dynasties; the majority of the existing wall is from the Ming Dynasty (1368–1644).
Apart from defense, other purposes of the Great Wall have included border controls, allowing the imposition of duties on goods transported along the Silk Road, regulation or encouragement of trade and the control of immigration and emigration.
The Great Wall stretches from Dandong in the east to Lop Lake in the west, along an arc that roughly delineates the southern edge of Inner Mongolia. A comprehensive archaeological survey, using advanced technologies, has concluded that the Ming walls measure 8,850 km (5,500 mi). This is made up of 6,259 km (3,889 mi) sections of actual wall, 359 km (223 mi) of trenches and 2,232 km (1,387 mi) of natural defensive barriers such as hills and rivers. Another archaeological survey found that the entire wall with all of its branches measures out to be 21,196 km (13,171 mi). Today, the Great Wall is generally recognized as one of the most impressive architectural feats in history.

The Temple of Heaven

The Temple of Heaven (Chinese: 天坛; pinyin: Tiantan) is an imperial complex of religious buildings situated in the southeastern part of central Beijing. The complex was visited by the Emperors of the Ming and Qing dynasties for annual ceremonies of prayer to Heaven for good harvest. It has been regarded as a Taoist temple, although Chinese heaven worship, especially by the reigning monarch of the day, predates Taoism.
In ancient China, the Emperor of China was regarded as the Son of Heaven, who administered earthly matters on behalf of, and representing, heavenly authority. To be seen to be showing respect to the source of his authority, in the form of sacrifices to heaven, was extremely important. The temple was built for these ceremonies, mostly comprising prayers for good harvests.